Prowse & Co has been appointed by one of the world’s largest companies to help write and design its Gender Pay Gap Report 2018. This is the latest project that the Prowse team has completed with ExxonMobil, which has been a client of ours for more than ten years.

The corporate has its European headquarters in Leatherhead Surrey and industrial facilities in Fawley, Southampton; Fife in Scotland and Newport in Wales.

Prowse & Co. worked closely with ExxonMobil’s HR and Public Affairs teams, and our creative partners Chalk and Split Image, to not only create the striking report, but also to produce an animated infographic; videos and a social media campaign. The work all highlighted ExxonMobil’s activities around Inclusivity and Diversity.

The corporate’s Gender Pay Report 2018 shows a combined median gender pay gap of 3.9% for ExxonMobil companies in the UK. This compares very favourably with the 2018 UK national average of 17.91%, reflecting ExxonMobil’s longstanding commitment and sustained action towards equal pay.

For many years ExxonMobil has worked to address the challenge of achieving gender balance in a historically male-dominated industry. Although there are proportionately fewer females studying Science, Technology, Engineering and Mathematics (STEM) subjects at school and in higher education, ExxonMobil is working hard to recruit talented females, retain women in early and mid-career stages and develop them into future company leaders.

Gender pay gap data is driven by a number of variables that may change from year to year. To address the challenge of gender pay disparity ExxonMobil is focusing on a number of actions including recruiting more women at all levels of the business, including graduates and apprentices increasing focus on inclusion and diversity to support employees throughout their careers.

The company is also investing in STEM education programmes, including for girls and young women, in communities local to the company’s UK sites, to build grassroots science and technology capability. 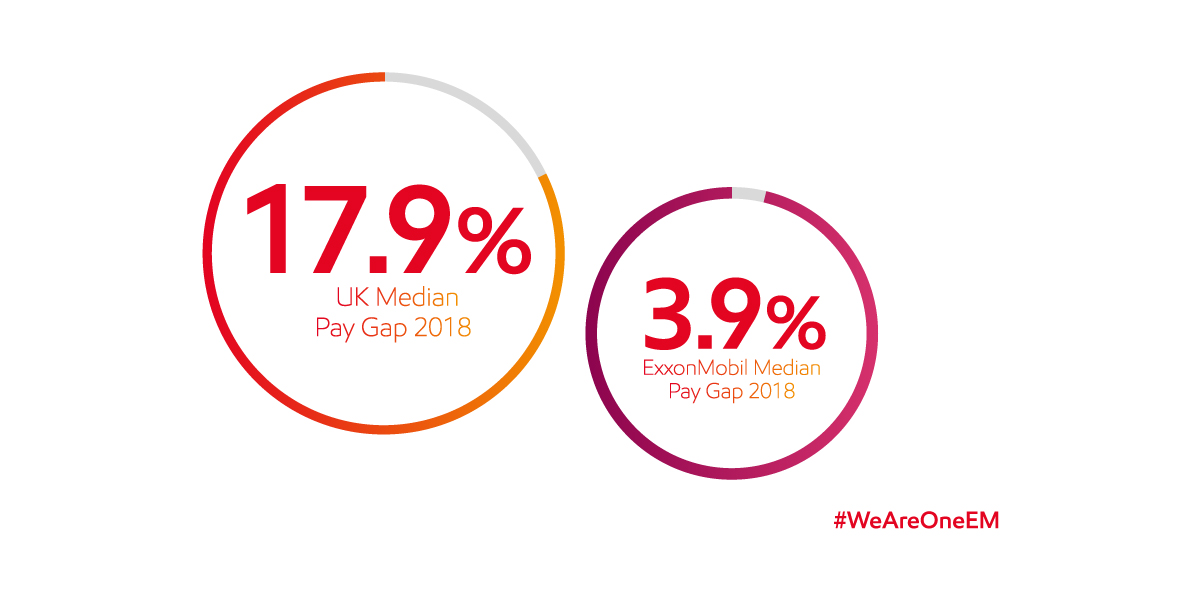