Business leaders from a wide range of Manor Royal companies attended a conference at the Sandman Signature Hotel organised by the Prowse & Co. team. on behalf of the Manor Royal Business Improvement District (BID) The event was chaired by Trevor Williams of Thales UK and Chairman of the Manor Royal BID.

Delegates used electronic voting pads to register their feelings on a range of issues that mattered to them and life on Manor Royal. Encouragingly 86% said they were satisfied with Manor Royal and 70% felt it had got better in the past year - a testimony to the work of the BID and its partners, in spite of some notable challenges.

Manor Royal BID, a business-led initiative that raises funds to invest in the area in ways decided by the businesses themselves, is the largest industrial BID in the UK. At the conference, businesses got to hear about the significant improvements being made by the BID and the changing environment in which Manor Royal businesses are operating.

"The Manor Royal Matters conference gives businesses the opportunity to influence the latest BID projects as well as network and make meaningful local contacts", said BID Chairman Trevor Williams. He continued: "This year also provided an opportunity for business leaders to talk about how to prepare for BREXIT and its potential impact on the movement of goods, people and travel, as matters unfolded in Westminster."

At the event, nearly two thirds of delegates said they thought BREXIT would have either a ‘direct or indirect negative impact' on their businesses. While 79% reported being ‘very or quite worried' about it the discussion that followed demonstrated the pragmatic approach businesses were taking.

Trevor added: "Manor Royal BID has created a strong sense of community among companies based on the business district, and through these events we are able to demonstrate the progress we are making as well as identify our future priorities. My thanks go to all those involved last week."

The feedback provided by the delegates will be used to help to shape future investments in the Manor Royal Business District. 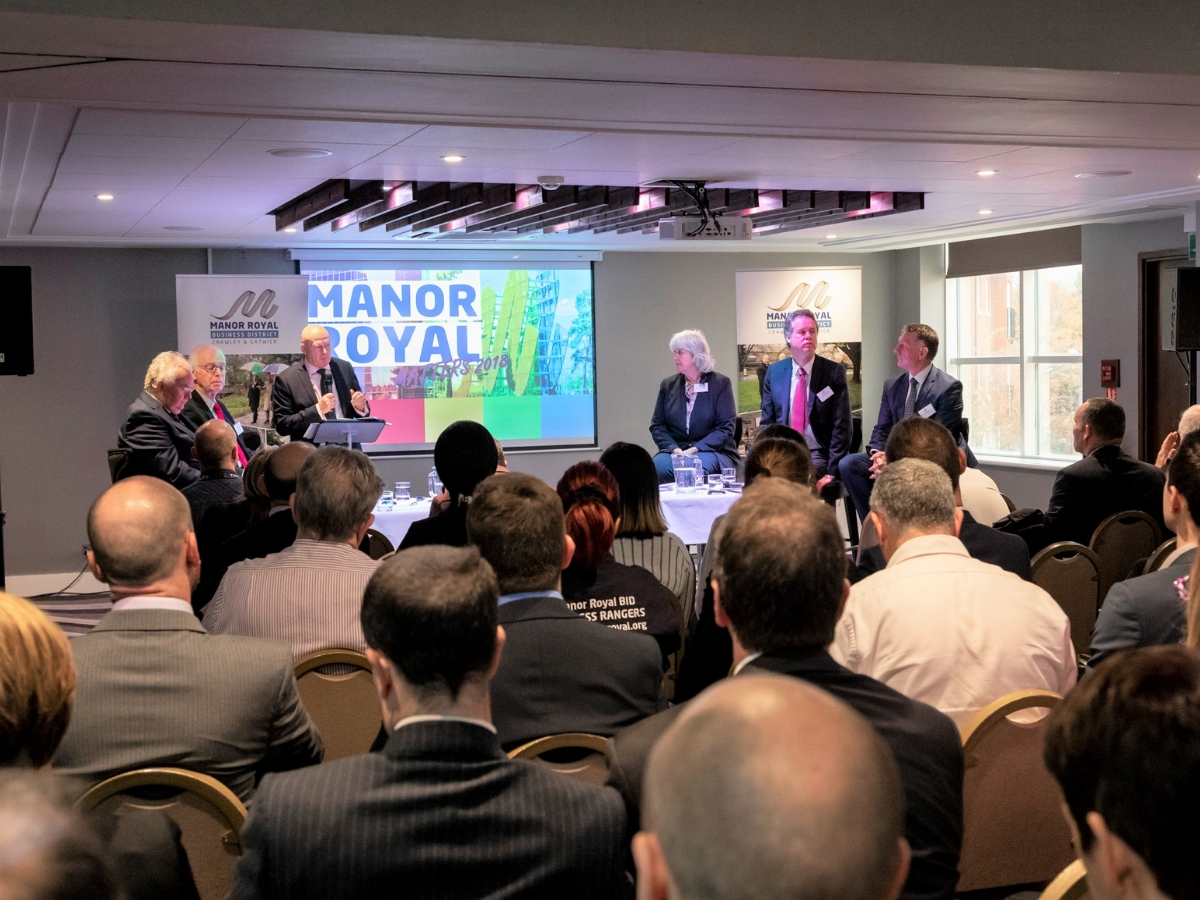